In the Battle of the Bots series I will compare the performances of various crypto trading bots. The monthly results of three series of battles between three bots of different botcreators will be posted for the next year. The goal is to evaluate the bots performance over a longer period of time, both in winning as well as in decreasing crypto currency markets.

In the first battle the following trading bots are competing.

The results of these three bots after two months is represented in the following chart. 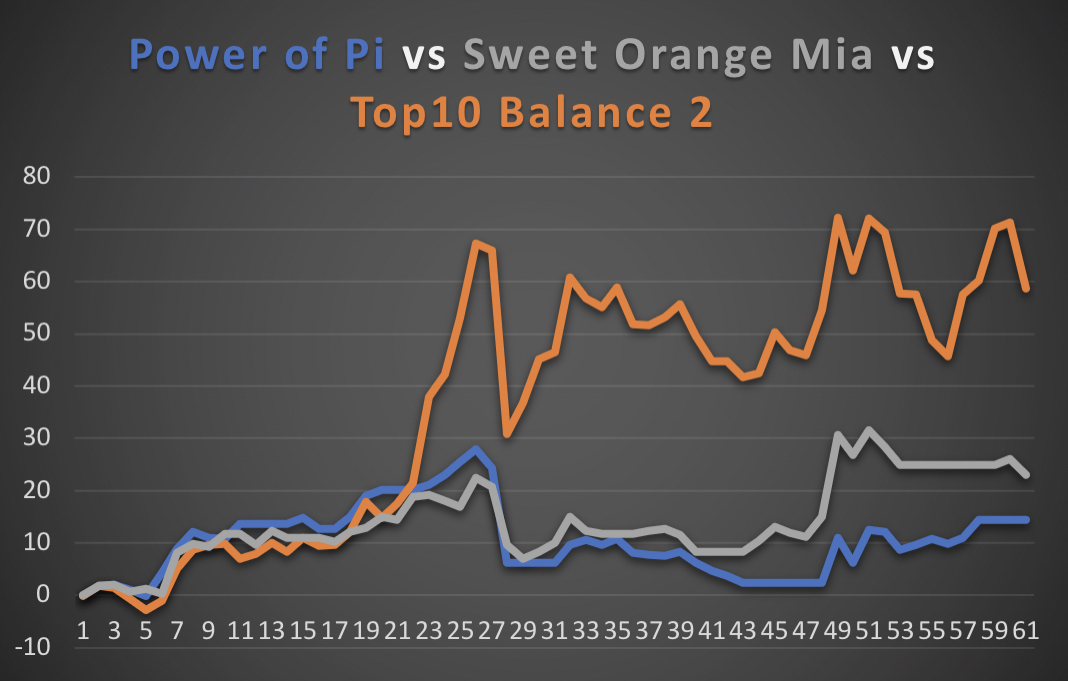 In the chart the blue line represents Power of Pi, the orange line Top 10 Balance 2 and the grey line Sweet Orange Mia.

In the growing crypto market all three bots have taken advantage and been able to increase the value of their investment over the past month. Top 10 Balance 2 is “always on”, always in position, and dependent on performance of the Top 10 coins. It has benefited from the growth of bitcoin and ethereum, but suffered from the decline of ripple. Sweet Orange Mia and Power of Pi take to the sidelines when their algorithms suspects a decline, as can be seen by flatline periods in the chart. They should be able to protect profits better in case of a downtrend in the crypto market, hence their lower risk profile. The future will tell which bot performs best, and if they are able to live up to the promises of their predicted annual  results of 90%.

Tomorrow an update of the second battle of three bots.