In the Battle of the Bots series I will compare the performances of various bots. The monthly results of three series of battles between three bots of different botcreators will be posted for the next year. The goal is to evaluate the bots performance over a longer period of time, both in winning as well as in decreasing crypto currency markets.

In the second battle the following B-bots will compete (all three starting with the letter B).

The chart shows the results after two month of comparing these bots. 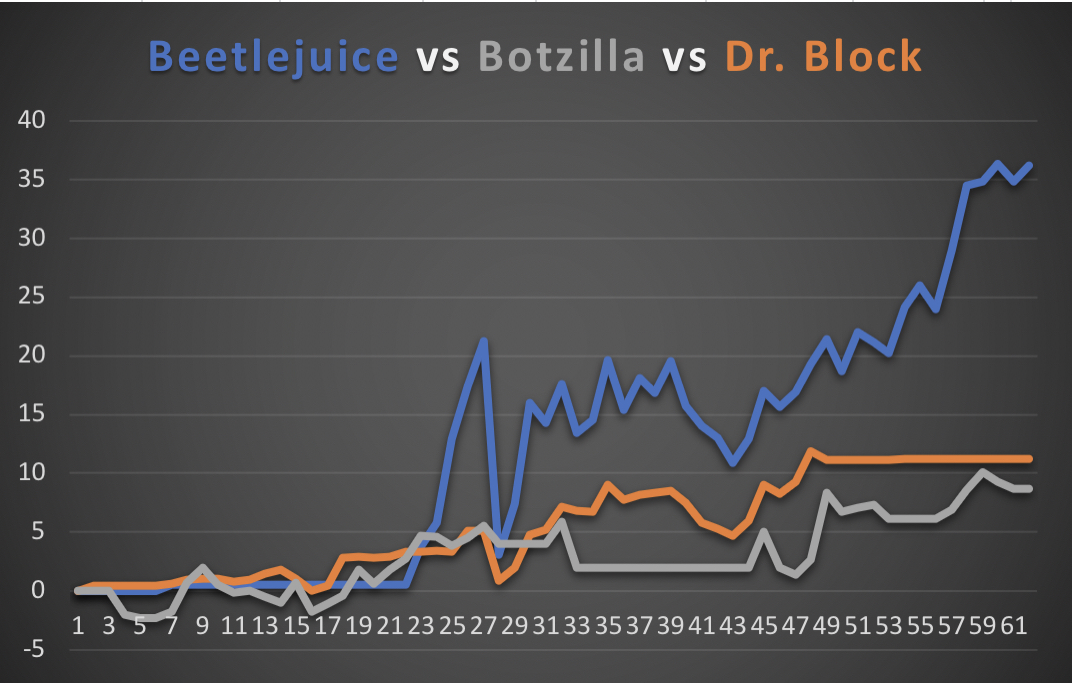 In the chart the blue line represents Beetlejuice, the orange line Dr. Block and the grey line Botzilla. All three bots managed to achieve positive result over the last month.

In the second month all three bots continue to show more or less the same growth rate as the first month. Beetlejuice, being the riskiest of the three bots according to the Bots app, shows the most volatility, which pays off in the current growing crypto currency market. Both Dr. Block an Botzilla are less volatile and less active, showing a flatline for part of the second month.

Tomorrow an update of the third and last battle of three bots.