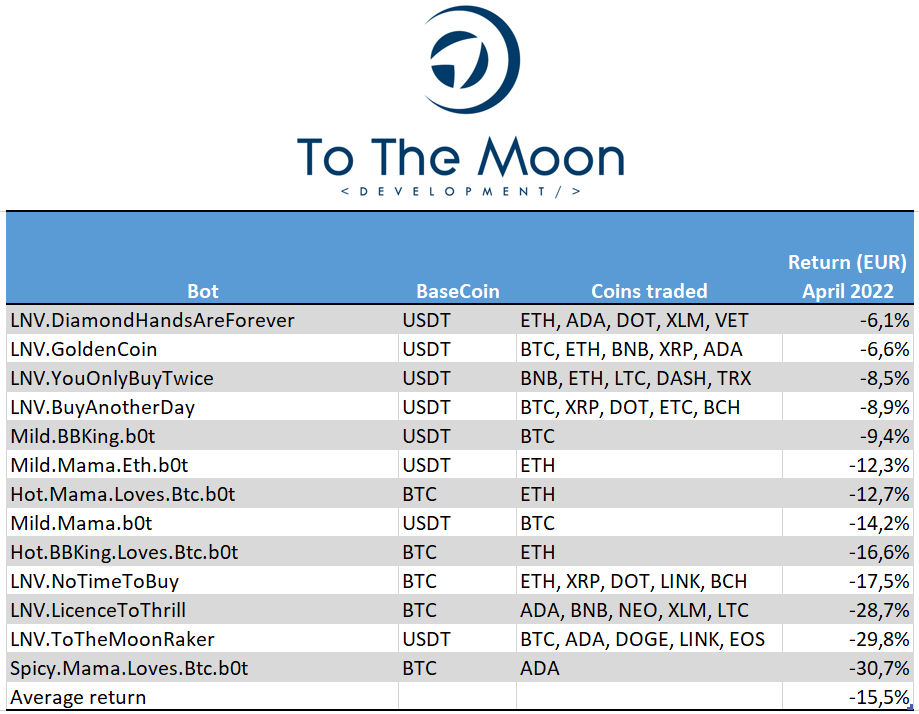 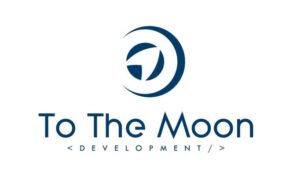 One week later due to holiday. Overall (as we all might know) April was a very tough month for crypto. Bitcoin dropped about 17.3% and some other altcoins (like Cardano: -33.8%) performed even worse… This also reflects some of our bot results. Overall our bots suffered a loss of 15.5%. Off course, the biggest losses are shown in the bots with BTC basecoin.

Most of our bots only tried one or maybe two trades, therefore they were able to reduce the losses compared to BTC and other cryptocurrencies. But I’d like to focus on the three bots that really underperformed:

We hope for better months in cryptoland!